When it comes to dining and entertaining, Orlando makes a lasting impression. Delegates will find a diverse selection of restaurants and an endless array of exciting after-hours entertainment across the convention district to please every taste.

We’re also one of the few destinations in the country offering multiple retail, dining, and entertainment complexes within minutes of the convention center — all boasting unique experiences that your attendees will need to see to believe.

Pointe Orlando features more than a dozen eateries, unique attractions and a range of entertainment, and it’s just down the road from the Orange County Convention Center (OCCC) on International Drive. Hotspots include B.B. King’s Blues Club and Lafayette’s Music Room, both of which offer live music seven nights a week.

More Southern cooking is served at Itta Benna, and Marlow’s Tavern serves the best of American fare. Then, enjoy a nightcap at Blue Martini, which specializes in exquisite, handcrafted cocktails.

For amusement-park ambiance with great dining, head to ICON Park, the International Drive complex previously known as ICON Orlando 360. Its centerpiece is The Wheel: a 400-foot-tall observation wheel with air-conditioned passenger capsules.The Wheel is complemented by other family-friendly attractions and several restaurants perfect for a casual meal with colleagues. Adult-oriented entertainment here includes live music at Tin Roof, and a dessert you must see to believe — the Chocolate Piñata — is waiting for you at Uncle Julio’s. 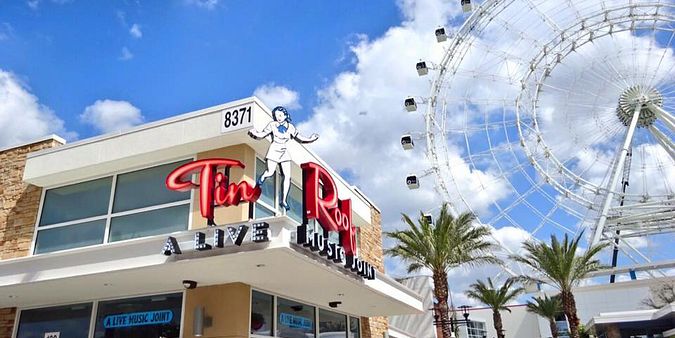 Just a short ride from the OCCC, this upscale dining and entertainment district is packed with top-flight restaurants perfect for networking or entertainment. Here, you’ll discover several upscale steakhouses and other high-end eateries, such as Roy’s Restaurant from celebrity chef Roy Yamaguchi, as well as one-of-a-kind nightlife venues.

One not-to-miss spot is Rocco’s Tacos and Tequila Bar, where you can nosh on fish tacos and sweet plantains while sipping a tequila flight. If you prefer Italian, try Christini’s Ristorante Italiano, which has hosted a wide range of famous celebrities. More than a dozen other top-notch dining choices await you here. 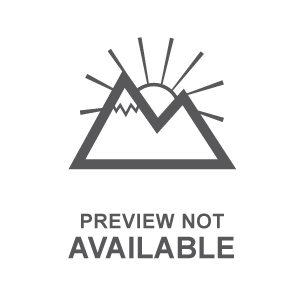 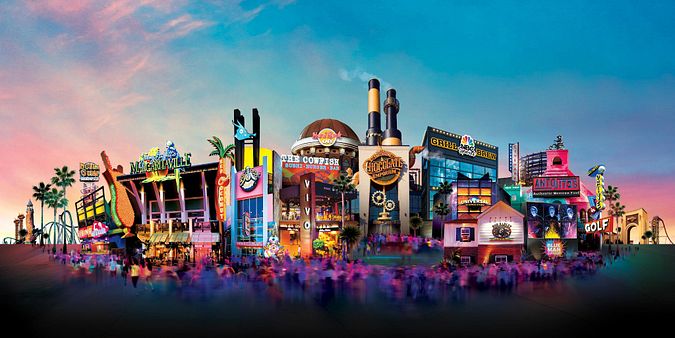 You never know who you’ll be rubbing elbows with at Disney Springs, Orlando’s largest and most popular retail, dining and entertainment complex — and home to the area’s highest concentration of celebrity-helmed restaurants. Choices include Art Smith’s Homecomin’ Florida Kitchen, which serves innovative takes on Southern classics.

You’ll also find Iron Chef Masaharu Morimoto’s Morimoto Asia, plus Terralina Crafted Italian, fronted by Top Chef Masters’ Tony Mantuano, and JALEO by José Andrés. And at Planet Hollywood, you can bite into burgers and sandwiches dreamed up by Guy Fieri. These and other celebrity chefs are just the start of Disney Springs’ offerings — complemented by nightlife, shopping and quick access to Walt Disney World® Resort’s theme parks.